Born and raised in Imperial Beach or I.B. as the locals call this unique surf town located at “the end of the road” in California, Cat Slatinsky took her first slide at Gator Beach in Coronado, California. Gator Beach is the beach the Navy uses to train potential SEAL team guys on the West Coast. At that time they were called FROGMEN. At 6 years old, after that first ride, she knew that was what she wanted to do…catch waves.
In 4th grade, she asked for a subscription to SURFER magazine for Christmas and a wetsuit. She didn’t get a wetsuit but she got the subscription. She was hooked on surfing AND now also hooked on surf photos. Her parents, who were not surfers, thought she was crazy but her brother knew she was onto something cool.
In 6th grade, she got the wetsuit and an old beat up G&S surfboard and started hitting the surf with her younger brother. At that time, there were no soft boards for learning, or surf coaches teaching proper technique, or internet for researching. Instead, there were a bunch of grumpy old mean guys yelling at groms, or worse if you were from the valley or out-of-state. In fact, there was only one girl in her town that surfed…that was Cat.
As she grew older, Cat became more obsessed with surf photos and begged for a camera which she received as a teenager. It was on! The Bud Pro Tour was roaming around Southern California, and Cat couldn’t wait to hit the Imperial Beach pier with her brand new Chinon 35mm camera to shoot Tom Curren, Occy, and a myriad of other 80’s pro short boarders.
Surfing at that time was not viewed as a sport. It was more of a past time for bums that hung out on the beach. The consensus was that surfers didn’t have jobs and they did a lot of drugs. There wasn’t much of a future seen for surfers so Cat’s parents didn’t give surfing too much notice. Instead, they saw softball as a more rational choice to invest in and they were right. Cat received a softball scholarship to Chaminade University of Honolulu. She had her choice of D1 schools but instead wanted to choose a school where she could surf her brains out and THAT is exactly what she did.
Receiving a scholarship in Hawaii, brought her to the epicenter of contemporary surfing. On Oahu, is where Cat feels she really became a surfer. Longtime Waikiki Beachgirls Lori Saxman and Pinoi Makalena, amongst many others, took her in and taught her what it meant to be a surfer. Perry “Mooch” Fernandez, later became her surf coach and helped her surf bigger waves than she ever thought she could.
Waikiki, in the ’90s, was a special time. Uncle “Jamma” Kekai ruled the beach and Bobby Achoy and the Achoy family was inventing Stand Up Paddling. Bonga Perkins, Kalani Robb, and Megan Abubo were becoming stand out surfers… it was happening and Cat was lucky to be a part of it.
In 1997, Cat’s good friend Ian Masterson asked her to join a little class he had been working hard to initiate at Windward College. It was the first Surf Science class ever held in the United States, and it was awesome. That class had a huge impact on Cat. It gave her the courage to go out and buy her first video camera and begin her career as a surf videographer and photographer. She has shot an entire full-length surf movie entitled “Heart,” starring Kassia Meador, Prue Jeffries, Keliana Woolsey, Melissa Combo and a great cast of other legendary women surfers. She also worked for Bill Ballard and Fuel TV, filming a variety of other surf flicks and shows. The most current movies she has contributed to our “Dulce” and “The Women and the Waves 2”. Cat’s surf photos have also been published in magazines and museums around the world.
It was at this same time that Cat began surfing competitions. She joined the Hawaiian Longboard Federation and surfed local Hawaiian contests which led her to surf in the Women’s World Longboard Championships held in Costa Rica.
In addition to owning I.B. School of Surf, Cat co-owns Siren Surf Adventures with former longboard world champion Kristy Murphy,  where they are surf guides and elite coaches for beginners and advanced surfers at top-notch surf destinations around the world. 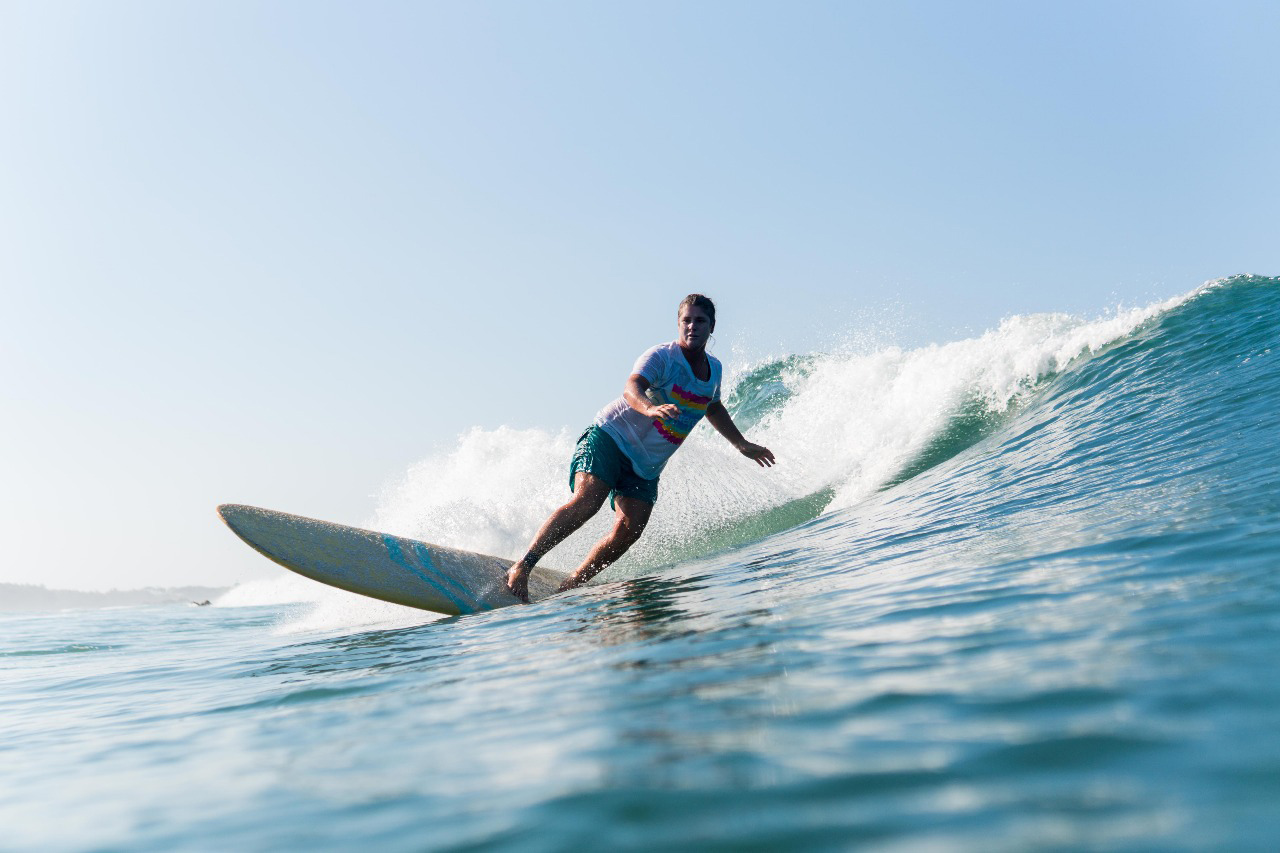 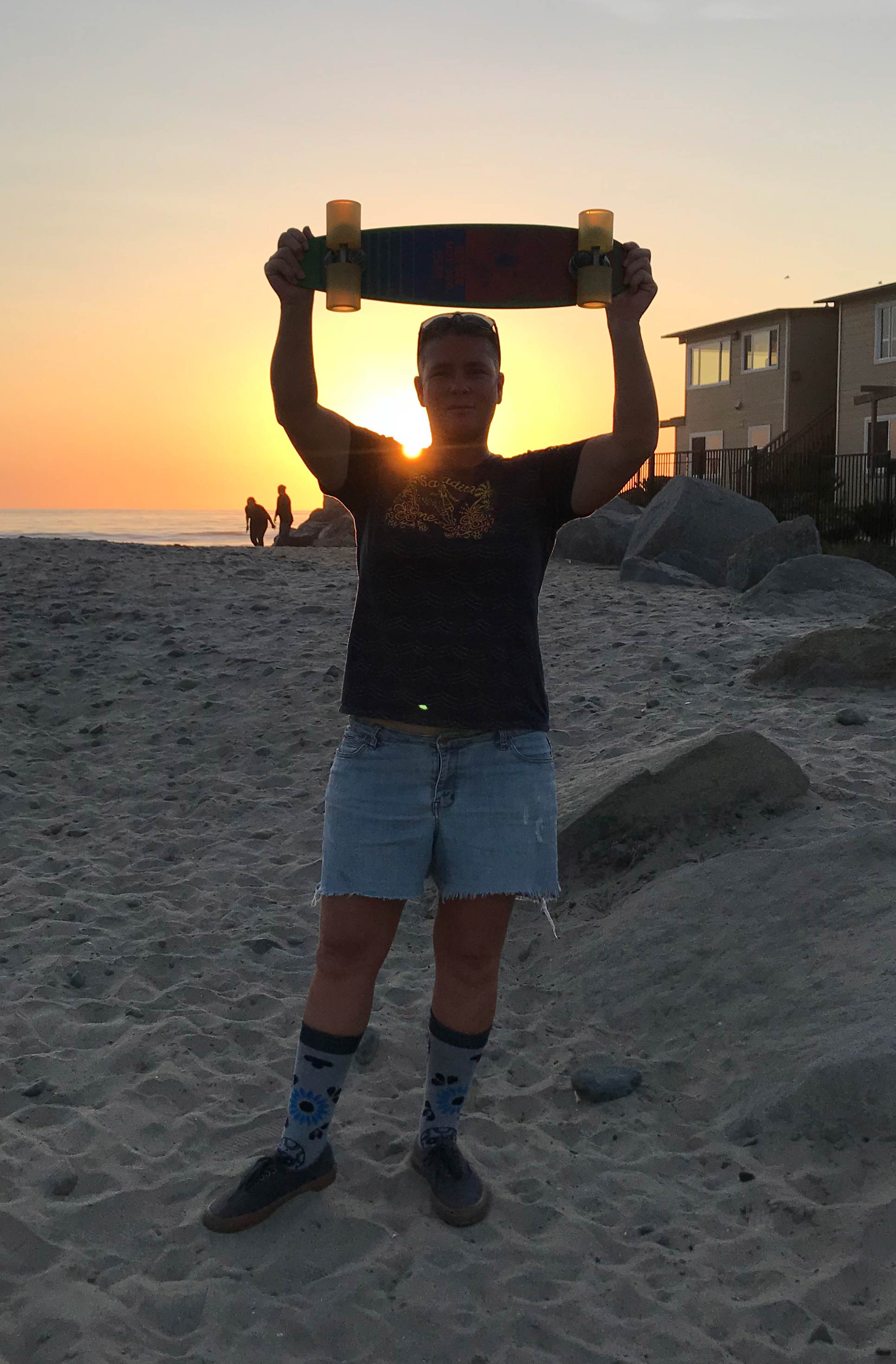